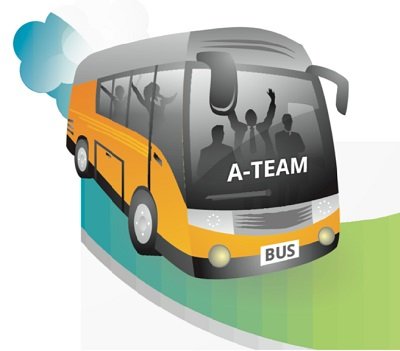 Remember this premise from Jim Collins in his book Good to Great?

“When we began the research project, we expected to find that the first step in taking a company from good to great would be to set a new direction, a new vision and strategy for the company, and then to get people committed and aligned behind that new direction.

We found something quite the opposite.

The executives who ignited the transformations from good to great did not first figure out where to drive the bus and then get people to take it there.  No, they first got the right people on the bus (and the wrong people off the bus) and then figured out where to drive it. They said, in essence, “Look, I don’t really know where we should take this bus.  But I know this much: If we get the right people on the bus, the right people in the right seats, and the wrong people off the bus, then we’ll figure out how to take it someplace great.”

If it were my organization, I think a safer bet would be to know something about where the bus is going so I could get people who are aligned with that vision of the future.  Probably that future isn’t sealed in absolutes with the business plan written, but the future is in the mind’s eye of the founder or the current leader and can be elucidated.

Dr. Peter Drucker said, “The ability to make good decisions regarding people represents one of the last reliable sources of competitive advantage since very few organizations are very good at it.”

Pretty high.  So that is the first seat that I would get right, and the rest of the people equation will begin to foster success that should drop to the bottom line.

What is the scenario at your organization?  Comments?  Observations?