“B” Players Hold Back Organizational Performance. Raise the bar! 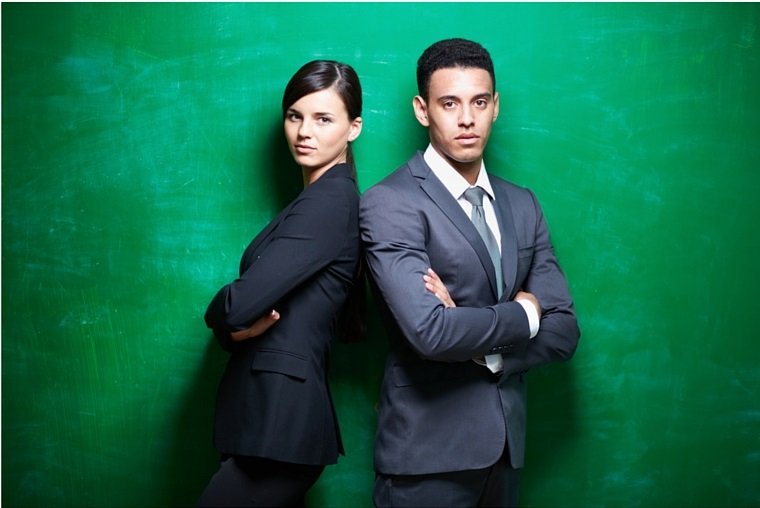 Before I was finished, a flip chart page was completely filled with observations about each, “A” players and “B” players. It isn’t so surprising to know that people who aren’t suited to their jobs aren’t going to perform as well as those who sought out work that matched their interests, their desires, their values, who they are.

It is surprising, however, that they stay miserable in their jobs, under-performing. Equally surprising to me is the fact that CEOs or senior executives or department, division heads allow/enable/tolerate “B” player behavior. Why is that? What are they seeing, or not seeing?

If you ask an “A” player — someone who performs extraordinary accomplishments on a regular basis — they will tell you it is discouraging to work alongside a “B” player. A chain is only as strong as its weakest link. I didn’t make that up.

Bill Gates once said that a great programmer is worth ten thousand times the price of a good programmer.  In other words, be sure you are garnering talent evolution versus talent deterioration because people are your key leverage point and “B” players hide inside the organization and take up time, energy, resources.

Too often “B” players are tolerated because leaders don’t measure what matters. “A” players LIKE to be measured. If you don’t measure them, they are very likely measuring themselves! “A” players have an internal yardstick against which they perform that “B” players lack. I like Leonardo da Vinci’s statement on self-mastery. “One can have no smaller or greater mastery than mastery of oneself.”

Ask yourself, are you measuring what matters regarding your own performance? The performance of those who report to you?

To really get mileage on the conversation however, I suggest sharing it with others in your workplace. See if, by shining a light on what matters, you will effectively raise the bar on your own performance and those around you.

Pamela Stambaugh, seasoned advisor to executives and their teams, offers assessments (Harrison Assessments and others), coaching, and team facilitation addressing 3 P’s:  Performance, Productivity and People. Engage with Pamela on Twitter Facebook and LinkedIn

Do You Resist Collaboration?
Can You Handle the Truth?
Conscious Leadership: The Triple Bottom Line