The Naked Truth about Team Killers and Builders 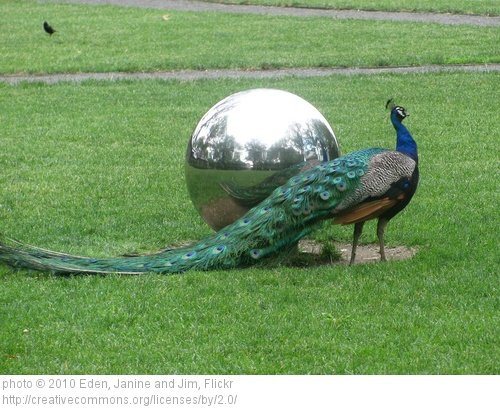 It takes conscious effort and courage to build a high-performing team.

Interestingly, I have seen — and probably so have you — issues like these team killers ignored by top management until they fester into real trouble — bottom line trouble.

It reminds me of the story about the king who was approached by a couple of con-artist tailors who sold him “special, expensive, luxurious cloth” that could only be seen by wise men and not fools.” The king and his trusted advisors did not want to admit they could not see the fabric. The same ego and pride that prevented anyone from speaking up also resulted in a naked king in the streets, amongst his people. Not wanting to be in an uncomfortable position, no one mentioned his nakedness. It took an innocent child to yell, “He’s naked!” for the reality to be addressed.

The same is true with uncomfortable situations in the workplace. While hopefully no one is walking around naked, ego and pride may be impeding our own reality check.

Pat Lencioni, author of The Five Dysfunctions of a Team, shared a story about withholding information.

“After a few mergers and acquisitions, the CEO of a large company had two direct reports on his leadership team with the same title. Neither was sure which of them was responsible for what their title indicated, though one of those executives was feeling particularly left out of the decision-making that he had been accustomed to before. For weeks he tried to schedule a meeting with the CEO – his boss – to clarify the situation, but the executive assistant turned him away again and again. Finally, he found himself sitting next to the CEO on a flight, determined, if not a little wary, of finally learning the fate of his career.

What happened is almost too strange to believe, but I promise I’m not making it up. The CEO put on headphones, closed his eyes, and spent the entire trip in silence, all to avoid an uncomfortable conversation with one of his direct reports, who eventually just left the organization.”

Pat’s point is that some CEOs develop a sense of entitlement about not having to deal with conflict, as if their position should get them out of anything distasteful. Fortunately, training of high potentials these days includes a built-in expectation that up and coming leaders will either already have strong people management skills, or be developed in gaining them.

One of the reasons leaders may develop an attitude of avoidance regarding what I call the squishy people stuff is because people are complex.  If you are conflict-averse, or you simply find dealing with people to be emotionally trying, avoidance is a strategy.  It is also a trap.  It leaves people unable to speak their truth.  Or unable to contribute to the organization.  Or unable to find satisfaction in their work and work relationships.  It is disabling to have leaders abdicate their relationship responsibilities.

I’ll end with one of my favorite stories of courage to speak truth to someone in power, and by doing so perhaps provide a good idea for some frustrated executives out there.  The VP of sales had been trying to make a significant point to the CEO who was not listening.  Finally, in exasperation the VP brought in a bucket of sand and dumped it on the CEO’s desk.  “What’s this?” the shocked CEO asked.  “I thought that since you seem determined to stick your head in the sand I would make it easier for you,” said the VP.  “I aim to please.”  The message finally got through.

If you don’t want to carry or receive a bucket of sand, here’s your chance to get the results you want – anonymously!

Bring your current challenges to a safe space while upgrading your leadership skills in a setting of peers. Apply today for my Team Leader Effectiveness Course. The next date is October 30.

Each course is limited to 12 participants, so apply early!


If you have any questions, please don’t hesitate to contact me.  I’m excited to share this powerful course with you! For course benefits and details, or to apply, click here.

How Can Leaders Earn Your Trust?
Dimension of Team Power #7: Team Trust
The Online Gift that Keeps Giving